How To REALLY Get Ready For Your Retirement Years

If you’re part of this demographic surge, it’s essential to plan ahead for your pending retirement, which is likely to last much longer than those of previous generations. Someone who’s 65 now can expect to live to 84.3, on average, according to the National Center for Health Statistics. So you easily could live for 20 years or longer after you retire. 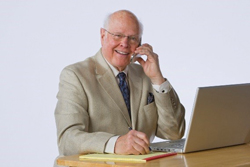 How can you prepare financially for what’s ahead? While there are no guarantees, these three ideas can be sound strategies for the future:


1. Slide into retirement gradually. Retirement doesn’t have to be like a bandage that you rip off quickly. Staying on the job longer has obvious financial advantages. If you’re still earning a paycheck, you probably won’t need to take early Social Security benefits or distributions from your retirement plans or IRAs, and waiting longer to begin your withdrawals will mean bigger payouts. But a gradual transition to retirement also may help in other ways. Many people simply aren’t able to cope with such a drastic lifestyle change in one fell swoop.

If you’ve been an executive, or you’re a business owner or partner, you may be able to stop working full time but continue as a consultant. That can help your company, too, and you may retain some valuable fringe benefits. In addition, when you work part time, you can continue to contribute to retirement plans and IRAs.


2. Time your Social Security benefits. Deciding to keep working at least part time can affect when you file to begin receiving Social Security retiree benefits. You can start as early as age 62, but the monthly amount you receive then will be about 25% less than if you’d waited until the normal retirement age for full benefits (age 66 for most baby boomers). If you delay benefits even longer, until age 70, your monthly check will be about 8% more each year than the monthly amount you would have received at full retirement age.

Deciding when to begin benefits requires an in-depth analysis of your circumstances. Also, keep in mind that you may have to forfeit some Social Security benefits if you’re still working before your full retirement age. Usually, it doesn’t make sense to apply for benefits if you then have to give back part of the monthly payout.


3. Take systematic withdrawals. When it comes time to start taking distributions from the assets you’ve accumulated—and the longer you can postpone this, the better—it’s wise be systematic about it. One traditional method is to use a 4% solution, withdrawing 4% of your account balances in the first year and then adjusting subsequent distributions based on market performance, inflation, and other factors. Yet there are limitations to that method, and we can work with you to assess your personal situation and create a customized, systematic approach that works for you.

However you proceed, there are a few basic guidelines about when to tap each of your sources of retirement income. It’s normally best to start with taxable accounts, such as stock and mutual fund holdings that aren’t in tax-advantaged retirement accounts. Generally, these distributions will result in long-term capital gains, taxed at a maximum rate of 15% for most investors and 20% if you’re in the top tax bracket for ordinary income. Then you can take money from traditional IRAs and retirement plans such as 401(k)s; that income will be taxed at your ordinary income rates. You’ll likely want to save Roth IRAs for last. Unlike with other retirement accounts, which generally require you to take minimum withdrawals after age 70½, you can leave your money in a Roth as long as you like, and distributions from these accounts generally won’t be taxed.

These three strategies aren’t all you’ll need to consider in positioning yourself for a long retirement. But making a gradual transition into your retirement years, figuring out the best timing for your Social Security benefits, and tapping your assets in a logical order can go a long way toward improving your chances for a successful retirement.