Do You Know What Kind Of Business Not To Open?

Do you plan to open a small business? Do you have a specific type of business in mind? Well, here's another thing to think about - what kind of business not to open.


The state of the economy can have a lot to do with whether a particular business succeeds or fails. For instance, it wouldn't have been a good idea to open a carpentry subcontracting business during the recent housing slump. A new building supply warehouse or a lumberyard also would have been unlikely to prosper. Depending on current economic circumstances, some kinds of businesses may be destined for failure. Also, some businesses are just more difficult to operate successfully than others.


Almost half of all new small businesses fail within the first five years. So don't add to the failure rate by opening the wrong business. Here are several examples of companies that might fit that description: 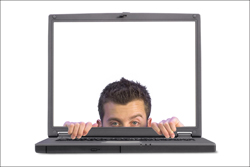 Bees are under massive pressure from a swarm of man-made and natural threats, including pesticides, air pollution, and a tiny mite that infests and kills entire bee colonies. Colonies in the United States have declined by almost 40% in recent years. As a result, bees are one of our most precious natural resources. Without bees, there is no pollination; without pollination, there are no fruits and vegetables. So as an apiculturist, you'd truly be performing a service to humanity. Just keep in mind that you may get stung.

Can you say digital? Not a lot of people print photos these days. It is estimated that Americans printed about 18 billion in 2009, down from 30 billion in 2001. The main reason, obviously, is the digital camera. A few one-hour photo labs and shopping mall photo kiosks are still in business but their future does not look good. They could be gone in a flash!

Here are two other types of businesses that may have a high failure rate:

Consultants and coaches often fail because there are no standards in the field. Many companies are reluctant to hire coaches and consultants when they can't prove their ability through licenses or other documentation. Consultants must demonstrate through portfolios that they can perform the work they're being hired to do. Inexperienced consultants rarely succeed. When consultants are not adequately prepared, they may become frustrated trying to land contracts or competing with others in the field.

Independent restaurants suffer from a failure rate that's higher than average for restaurants, with some estimates pegging the failure rate for independents at as high as 60% during the first five years. Whether a particular venture fails may depend on the skill and experience of the owner, the level of capital available, and other key business factors. But restaurants also suffer from several inherent difficulties. Inventory and portion control can be especially difficult for restaurants, they usually need comparatively large numbers of employees, and establishing a place in a local market with a new, unknown name and cuisine can be a substantial barrier to success.

Although video rental was once an okay business, that's hardly the case now. On-demand options and streaming services such as Netflix have rendered a visit to the video store unnecessary. In 2003, there were 25,042 stores focused primarily on DVD, video game, and VHS rentals, according to IBIS World. By 2010, there were only 17,369 stores. Some specialty stores are hanging on, offering rare or foreign videos, hosting live screenings, and inviting directors to come and talk about filmmaking. But those are the exceptions.

This is a business with low margins and even lower growth rates. No matter where you open your business, you'll be competing against plenty of existing players who know the game better than you do. Also, start-up costs are on the high side, often as much as $1 million or more. Plus, dry cleaners are increasingly in the crosshairs of environmental concerns because of all of the harsh chemicals they've traditionally used. That means investing even more money to make your operations eco-friendly.

Just to be on the safe side, Google "what types of small businesses are most likely to fail?" We also can help guide you.