Locked Out Of A Roth IRA? Go In Through Back Door

Not everyone can contribute to a Roth IRA because IRS rules disallow such contributions if your income exceeds a threshold amount. Of course, you still can put money into a traditional IRA and later convert that account to a Roth IRA, but that requires paying income tax on the amount you convert, and federal tax rates on ordinary income now reach as high as 39.6%. You also might owe state income tax and you could be subject to the "net investment income" surtax. Converting a large amount all at once may not be worth the cost.


But there's another possibility. If you're denied entrance to a Roth, you could try to sneak in through the back door. This involves a two-step process that's perfectly legitimate, but you have to observe all of the technicalities related to Roth conversions. 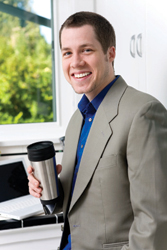 Here's how it works:

For starters, you can contribute up to $5,500 a year to a traditional IRA, or $6,500 if you're age 50 or over. Such contributions may be wholly or partially tax deductible, depending on your modified adjusted gross income (MAGI) and whether you (or your spouse, if you're married) actively participate in an employer retirement plan. For instance, your IRA contribution for 2017 won't be deductible if you're married, you're covered by a retirement plan at work, and your joint MAGI is more than $119,000. If you don't participate in an employer plan but your spouse does, you can't deduct your contribution if your joint MAGI exceeds $196,000.


In contrast, contributions to a Roth IRA are never deductible, but "qualified" distributions--such as those made after you reach age 59½, made on account of death or disability, or that are used to pay for first-time homebuyer expenses (up to a lifetime limit of $10,000)--are 100% tax-free if you've had the Roth for at least five years. And even earlier distributions may be wholly or partially tax-free based on the IRS "ordering rules." Those rules treat distributions as coming first from nontaxable contribution amounts before any taxable amounts occur.

So what's blocking the front door? Contributions to a Roth IRA must be reduced if your MAGI exceeds a certain threshold. For 2017, the phaseout occurs between $118,000 and $133,000 of MAGI for single filers and $186,000 and $196,000 for joint filers. Once you exceed the upper limits of the phaseout range, you can't make any contributions to a Roth. 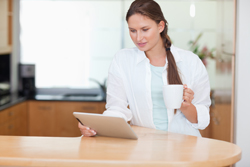 But fear not. You can sidestep this obstacle with a fast two-step move. (1) Set up a traditional IRA and make nondeductible contributions to it. (2) Convert the traditional IRA to a Roth IRA soon after. The funds you convert will be made up largely of your nondeductible contributions, so you won't owe any tax on that portion. Only the small portion, if any, that represents taxable investment earnings will be subject to tax. With this method, it's as if you were contributing to a Roth IRA, and if you repeat the technique over several years, you should be able to build up a sizable nest egg in your Roth.


Will the IRS object? It doesn't have a legal leg to stand on, but you're more likely to avoid a confrontation if you wait at least a month or two between when you set up the traditional IRA with nondeductible contributions and when you make the conversion.


But there might be another impediment. When you convert to a Roth, you can't simply designate that the money is coming from one particular IRA. Any distribution from a traditional IRA will be treated as if it came--on a "pro-rata" basis--from all of the IRAs in your name. That might trigger a large tax bill on a conversion if you recently rolled over a lump sum from a 401(k) or other company plan.


One possible solution is to use a "roll-in" instead of a rollover prior to the conversion. With this approach, you first transfer traditional IRA funds that are comprised of taxable amounts (investment earnings and any deductible contributions) to your 401(k), assuming your plan allows such transfers. Once you're ready to enter the back-door Roth, you will have reduced the taxable amount to the small earnings from your nondeductible IRA.


Obviously, you'll need to move carefully between company plans and both types of IRAs. We can help steer you in the right direction.