What Are Latest Trends In Prenups ?

Not so long ago, prenuptial agreements were only for the very rich. But more recently, they've become much more common, especially for spouses in same-sex marriages. 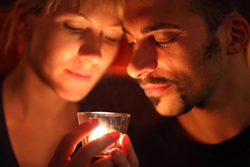 A prenuptial agreement -- sometimes also known as an antenuptial or premarital agreement -- is a contract that a couple signs prior to marriage. Details may vary, but a "prenup" generally addresses division of assets, including those that each spouse brings into the marriage and those that are earned during the union, as well as spousal support, if the parties dissolve the marriage. But other issues also may be touched upon -- for example, that a spouse will have to forfeit assets because of adultery, or provisions relating to children from the union.


Even today, prenups often are viewed warily, because they anticipate a breakup of a marriage before the parties even say, "I do." But financial realities can supersede such concerns. It may not be romantic to mention it, yet it remains true that more than half of U.S. marriages end in divorce. Some proponents of prenups argue that such arrangements actually can reduce stress in a marriage, because both spouses know exactly what to expect if they do call it quits.


Much like a will, a prenup ensures that assets will be distributed in an agreed-upon manner. So it's important for both spouses to be up-front about their net worth. As part of the process, prospective spouses need to list all of their ownership interests and decide on an equitable distribution that suits their particular situation. Frequently, there's some give and take before the parties sign off, especially if one spouse has accumulated significantly more wealth than the other.


Note also that state law may have a major impact on such negotiations. "Community property" states may pose particular hurdles.


It used to be that prenuptial agreements applied only to marriage between a man and a woman. However, in the wake of the U.S. Supreme Court case invalidating part of the Defense of Marriage Act (DOMA), prenups for same-sex couples are on the rise. These couples, too, can use a prenup to resolve issues relating to assets accumulated prior to the marriage and during the union.


Another reason for same-sex couples to consider a prenup is the possibility that a marriage might end with one or both partners residing in a state that doesn't recognize same-sex marriages. The prenuptial agreement can provide adjustments based on this scenario.


Of course, having conversations before a marriage about which partner gets what if the union ends are bound to be awkward for both traditional and same-sex couples. But getting such things settled now may be worth the trouble if it helps avoid acrimony later.